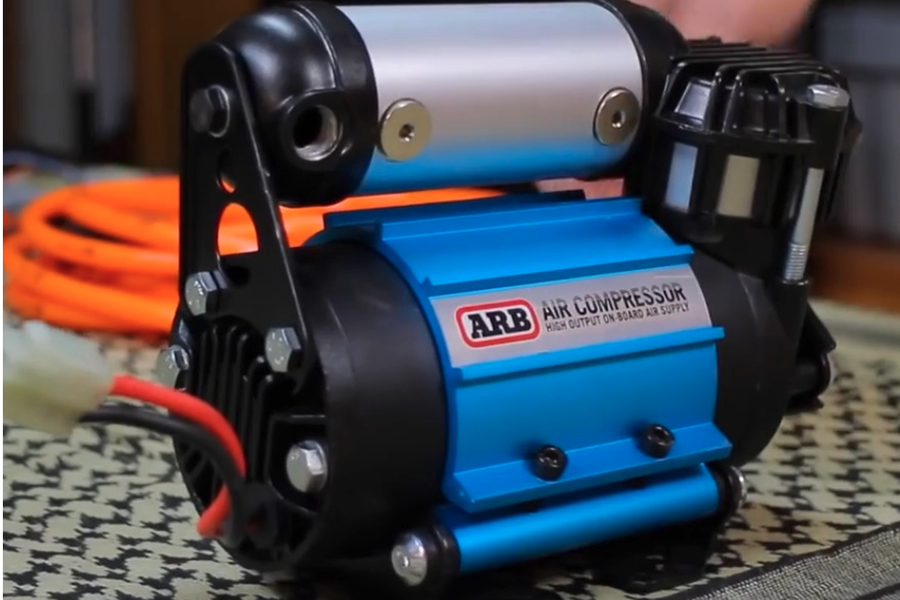 Is It Time for a New Air Compressor?

How do you know it’s time for a new air compressor?

If you’re the last guy to air up your tires, it might be time for a new air compressor.

If your current air compressor starts shaking violently and blows a fuse (preventing you from filling up your last tire), it might be time for a new air compressor. (True story.)

When I did my very first air compressor install on my silver Jeep Wrangler JK back in 2016, it was unplanned and unexpected. I thought the Slime air compressor I’d had for about 4-5 months at the time was working just fine and was going to last a long time. (Untrue story.)

So, what did I get? I decided to get the ARB Compact Air Compressor (CKMA12). Not only is ARB a reputable company, but the compressor came with a two-year warranty.

When I first opened the box for the ARB Compact Air Compressor, I have to admit, it was a little intimidating. Back then, I didn't have a lot of experience doing modifications and installing equipment on my off-road rigs. I don’t happen to have an engineering degree and I was worried that it was going to be a lot to figure out. But, not to worry it wasn’t and everything went well.

Here’s what came in the box with the compressor:

In addition to the compressor itself, I also bought ARB’s compressor kit, which comes with an adaptor and plug. I bought the kit on Amazon and it’s very sturdy – the hose and connections, just like the compressor, are very well built.

Another purchase was ARB’s tire inflator and I really like it. The gauge is very accurate and it has a nice metal hose that allows you to take air out of the tires as well as inflate them. You don’t even have to screw it on—it has a nice little clip that just clamps on and locks it in.

The last thing I bought was EVO’s compressor mount (part# EVO-1097), which is specific for mounting the ARB compressor on 2007-2017 Jeep Wranglers. It mounted right behind the brake booster and it was a nice, clean, and easy install.

Here’s what it all cost:

Before you get started installing your new air compressor, there are a few basic tools you should probably have on hand. Here’s what I used:

The bolts that came with the ARB compressor weren’t meant specifically for a Jeep using this mount, so be prepared to either have two shorter bolts handy or cut them down yourself using a Dremel.

The entire install took under two hours and was pretty easy. Here’s what we did:

Once all that was done, we turned on the power, and tested it out. We deflated the tires down to 20 psi and inflated to 40 psi in about two minutes. Pretty nice!

I used this ARB air compressor for more than two years and it never let me down. I do a lot of wheeling in Southern California’s hot and dusty desert and it performed well, even in 100+ degree weather. I used it at least 2-3 times a month to re-inflate my tires when coming off the trail and even used it occasionally to air up some of my buddies’ Jeeps at the end of a trail run. Once, I even aired up 12 tires in a row with no problems!

ARB makes great air compressors. They're durable, fast, hard-mounted, take up limited space, and reliable. The only reason I switched to the ARB Twin Compressor was because I upgraded to larger tires and needed a bigger compressor that could handle the extra volume.

Naturally, I documented this entire process for you in a video you can find on the TrailRecon YouTube channel. I share with you, step-by-step, how simple the ARB air compressor install was. (Just keep in mind when you're watching that this was my second install video ever...I'd like to think I've come a long way since then!)
Previous Post
Next Post